This particular strain of cold has given me one of those deeply irritating dry tickly coughs. I absolutely hate a tickly cough – so infuriating and so unsatisfying. It’s been keeping everyone awake at night, no matter how much I try and muffle the coughing by hiding under the duvet, but I can’t take any sort of over the counter cough medicine because I’m breast-feeding.

So, this morning, driven to distraction by the dratted thing, I searched the internet for a homemade cough remedy. 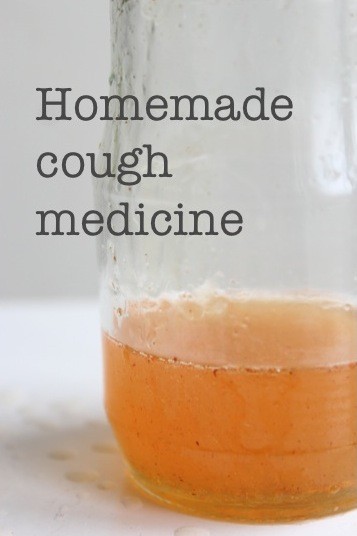 I came across this cough medicine recipe at Food.com. It’s heavy on vinegar and heavy on the honey. Most recipes seemed to be heavy on honey, actually, but after drinking endless honey and lemons, which – though delicious – hadn’t solved the coughing problem, I wanted something with a bit more kick to it too.

A lot of the reviewers on the site have complained about it tasting horrible, but I thought it tasted really quite delicious. But then, I am a big fan of vinegar in pretty much any occasion. (Which also leads to my deep love of any pickles, jellies or chutneys, or frankly anything that involves industrial amounts of vinegar added to recipes…)

It’s really simple to make and uses ingredients that I already had in my cupboards. 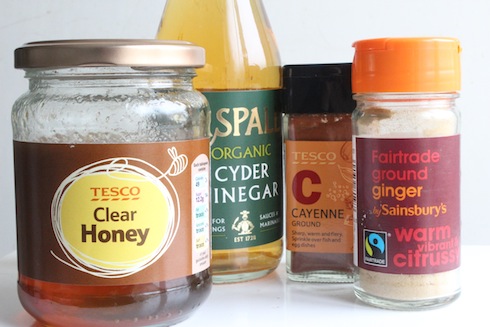 Starting with the liquids, put everything into a jam jar with a lid: 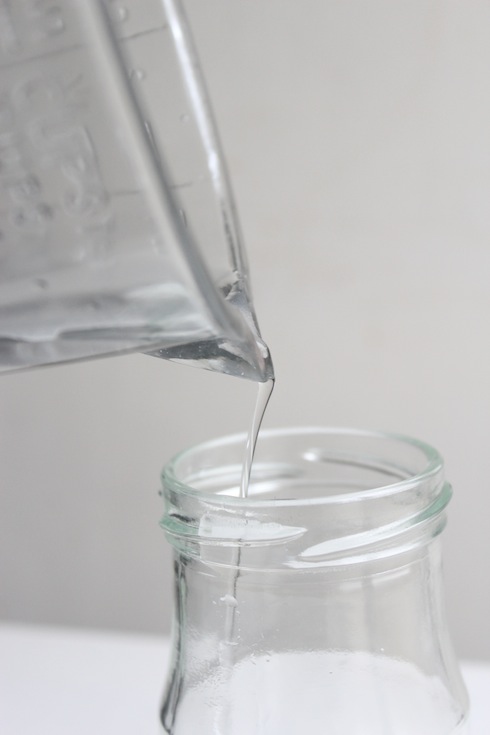 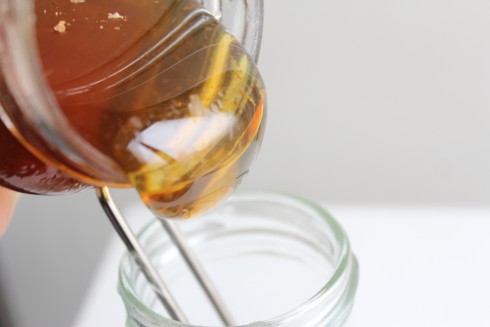 Once it’s all in the jar, you’re left with something of a gloopy mess:

Put the lid back on the jar and shake it really well to mix everything together.

Voila! A simple homemade cough medicine all ready in less than a minute:

Take it by the teaspoon and see how it’s working. Because they aren’t any drugs in this, you can of course take as much as you like in one go… Or have another teaspoon as frequently as you need.

Personally, I think the vinegar in this goes really well with the honey and the spices and I would quite genuinely use this “medicine” as a salad dressing or, yum, even better, poured over some salmon to make a sort of ceviche. Anyway, food aside, it seems to have done the trick so far too. It’s 30 minutes since I swallowed a few spoonfuls and I’m yet to be taken by annoying coughing.

(This post has been added to link parties at Skip to my Lou, Just Something I Whipped Up at Project Inspire, TGIF at Craft Junkie Too, Inspire me Fridays at Joyful Stamper and Frugal Friday at the Shabby Nest. Take a look at others’ projects from the past week over there…)

I’ve added some new gift boxes onto the website, that would be perfect as a present for Mother’s Day, for Other’s Day, or just because.
This is the teetering pile of books by my bed. And though I promised myself I would finish them all before I let any new ones into the house, I’ve just succumbed and ordered a few more from my brilliant local bookshop @rye_books (Luster and Notes to Self are both on their way to me...)
There’s been a bit of a break, but houseplant clinic is back tonight. Head to my Stories for the question sticker and ask anything you’d like to know about houseplants! Plants for spaces, problems with your plants, plant inspiration... I’ll answer as many as I can, starting at 8pm this evening. Happy Sunday all.
Throwback to last Summer, wandering beautiful streets in Suffolk. I’ve nothing good to say about real life at the moment, so am just thinking back to past holidays instead...