Photography, blogging, garden design, how to rear alpacas… …you name it, if I’m half interested and there’s a course I could possibly take, chances are I’m going to sign up.

(I often think that if I won the lottery, the best thing of all would just be to take endless courses, learning ever-more-esoteric things, until I pop my clogs and depart this earth. What a heavenly way that would be to spend my days.)

Anyway, when I discovered Skillshare recently, a repository of short (about 30 min) online classes I was immediately hooked. The first thing to catch my eye was a course on food collaging, by Julie Lee of Julie’s Kitchen. (The class is here, if you’re similarly inclined: styling food for instagram.)

If you’ve been reading my blog for a while, you might recall that I used to do a monthly garden moodboard. I really loved it, but after 18 months or so I felt like I had already photographed every single plant in my garden so many times that I’d run out of ways to come up with anything new. So I stopped.

But I thought I’d resurrect these moodboards for the summer months this year, just to show off the highlights of my veg patch.

Following the tips and hints on the course, I put together my first moodboard: purples and greens from my garden in July. This is the pic I posted to my instagram account:

I’ve got to say, I’m pretty happy with this photo. I mean, both with the photo and with the foodstuffs contained therein. Something that constantly amazes me is the absolute beauty of fruit and veg you’ve grown yourself. I’m sure it’s just the same as the way you think your own kids are the most gorgeous people ever to have walked this earth, but having sown, watered and cared for these little veggies for the past few months, I can’t help but marvel at their delicacy, the intricate patterns and beautiful colours.

Come, take a closer look with me. 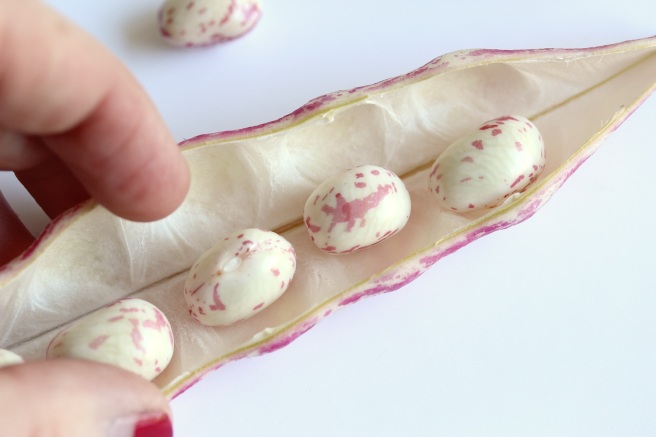 I’m a huge fan of the borlotti bean, despite the fact I fail, spectactularly, every single year to actually grow enough to make more than one single meal.

You could argue that one meal for months of tending a plant is really crappy pay off. And, I have to say, I’m inclined to agree with you. But no matter how many of these I think I’ve planted every year, I always lose hundreds of the plants to slugs and each plant only produces ten or so beans (at least the way I’m growing them…)

Every time I’ve planted them in the ground I’ve lost the entire crop to the voracious slimy beasts, so I keep them in pots now, with a line of copper tape at the top, but I still somehow managed to lose about a quarter of the crop. In fact, the beans in this photo make up the large majority of my entire yearly harvest.

Ah well, small numbers they might be, but just look at them! Surely the most beautiful bean ever to have been created?

A first for me this year was the yin yang bean (erm, you can see a pattern here, can’t you? Namely that I like a bean with a pattern…) Black and white mottling on the bean inside a green (turning to yellow) pod. It’s another glorious little thing. 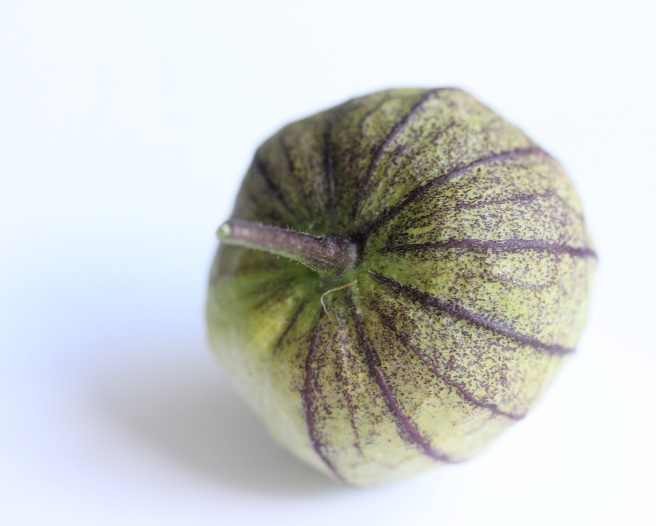 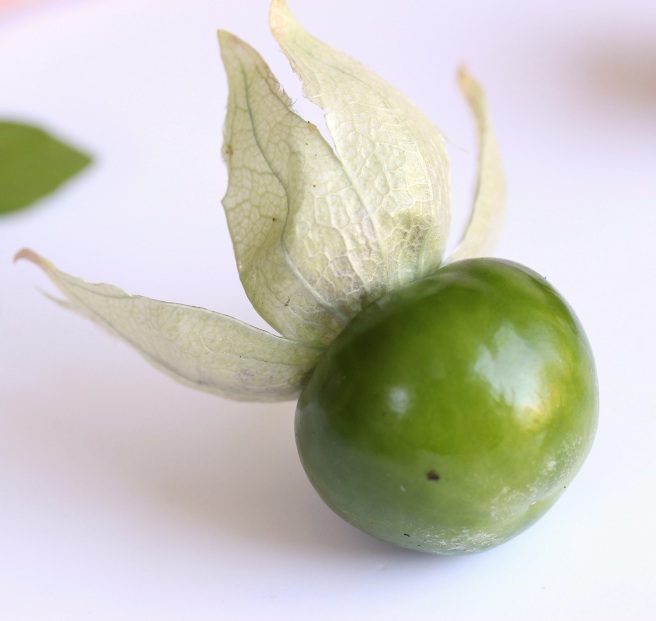 Also new for me this year is the tomatillo. Basically, a tomato that grows inside its own casing, just like a Chinese gooseberry. Once the tomatillo inside fills the case and starts to burst out a little then you know it’s ready to eat. (Unlike a tomato, they don’t ever turn red.) You can peel back the papery case (which is covered in the most wonderful purpleish veins) and use the tomato inside. They need to be cooked before you eat them but other than that, they seem to taste pretty much the same as a tomato. Apparently, they’re a staple in Mexican cooking. I’ve got five plants growing and they seem to produce a lot of tomatillos each, so I should have a really decent harvest of these.

I’m not sure I’ve grown the garlic right — again the first year for me ever growing it. The leaves have gone yellow and started to wilt, which is the sign for pulling them up, but the garlic heads themselves are still very small. Still, I’ve been using the heads whole and they still seem to taste pretty good. I’ve been hugely fascinated by that light sheen of purple iridescence on the papery skins ever since I pulled them out of the ground last week, losing myself in the odd reverie, wondering at their beauty, in the middle of the kids’ tea, or when I’m meant to be making a sandwich. 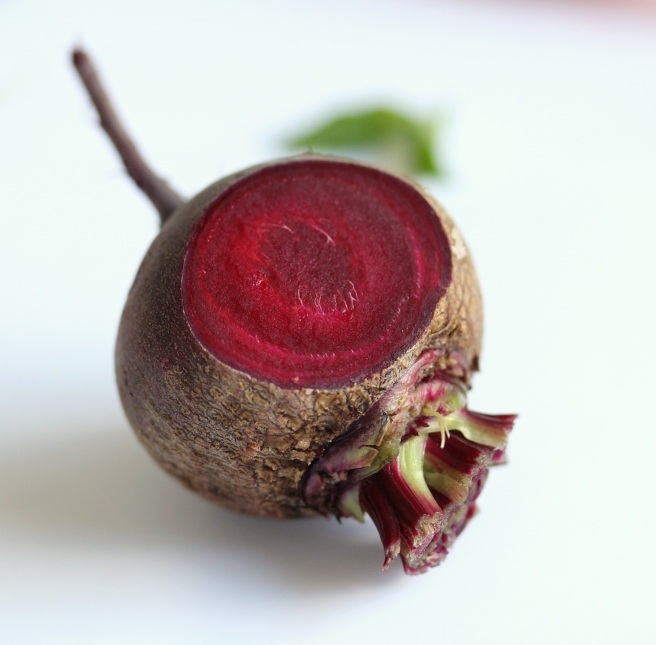 Finally, and a little more prosaically, the humble beetroot. Root veg to end all root veg. The veg that some people claim tastes of nothing but dirt. Personally, I love it. Love, love, love the sweet taste of a roasted beetroot, the bright purple insides that bleed onto anything they touch and the green and purple veined leaves that taste a little bit overly “healthy” but bulk out a salad in times of need. Another mighty handsome vegetable in my opinion.

So there they, all photographed for posterity. A good thing, actually, since I’ve already devoured every last one: turned into a big ratatouille last week. Yum.

Next month I hope to have a huge selection of tomatoes to show you. The six different varieties I’m growing this year all seem to be coming along nicely and the first ones are turning red right now. Hoorah for homegrown.

Hello hello, lovely to see you, thanks for stopping by my blog. I'm Sabrina: crafter, gardener, writer and inveterate waffler. This blog is where I share my makes, garden plans and attempts at small-scale sustainability and self-sufficiency in London.

If you want to know more, have a browse, or find me here: