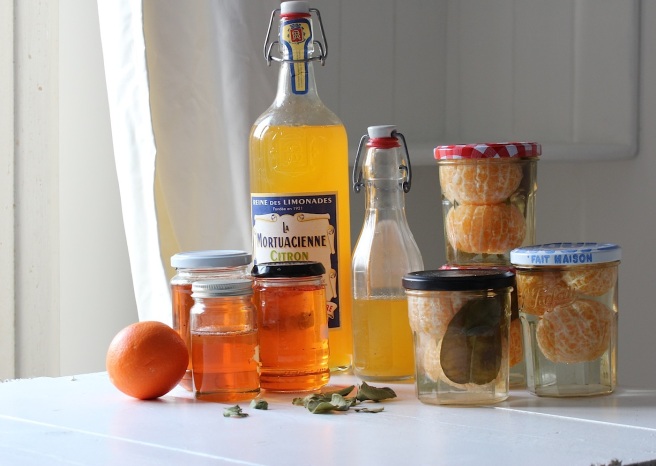 I’m a chronic over-caterer. I’d far rather have leftovers for weeks than the thought of – good god! the horror! – a guest leaving the house after a meal still feeling a little bit peckish.

This urge to feed someone more food in one day than they could reasonably eat in a week really comes to the fore at Christmas time.

And so it was this year.

Our turkey (bought from William Rose in East Dulwich, incidentally, and absolutely by far the nicest turkey I’ve ever eaten) had half still left by the end of the Christmas lunch. The following week we had turkey curry, turkey risotto and turkey burgers (all completely delicious…)

We ate red cabbage with pomegranates and dill for a fortnight, and there’s another Tupperware dish of it in the freezer.

And there’s still a little corner of the gingerbread house (seen here) waiting to be eaten.

As far as I’m concerned, bountiful leftovers are all part of the fun of Christmas.

But when it came to fruit, I went so overboard that there was no possible way we could eat it all before it went off.

We had oranges, clementines, quinces and apples stacked up in huge piles across the kitchen, and every morning I kept finding at least one mouldy piece of fruit that had to be thrown away.

So, last week, I decided it was time to use them all up in one fell swoop and, with the “assistance” of the sproglet and the littlest, we spent a day of somewhat manic preserving, our clothes reeking of vinegar and melted sugar by the end of it.

Come, take a closer look at the finished delights. 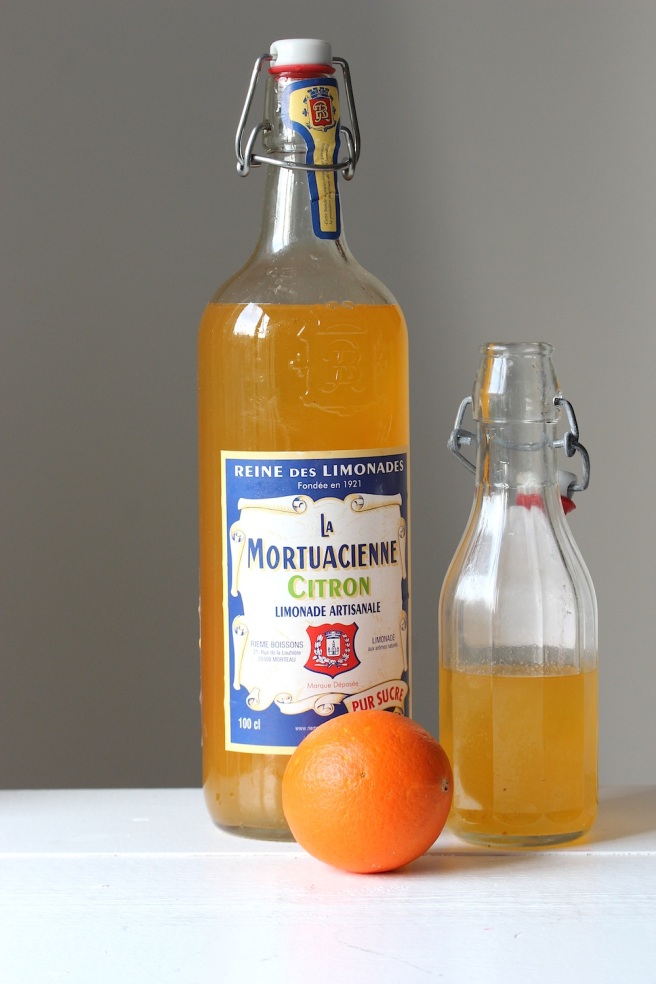 Using the River Cottage recipe from my well-thumbed Preserves book, I made a batch of St Clements cordial. I chucked in the juice of oranges, lemons and a few stray grapefruit I found hanging out in the fruit bowl. Basically, you juice them all and then boil them up with a vat-full of sugar.

The end result was nice but for someone who never really drinks squashes, I found it exceedingly sweet. Actually, the kids had a glass each and then hared round the house on a crazed sugar high for about an hour afterwards, before collapsing into tears and tantrums. I won’t be giving it to them again.

Still, it looks beautiful in this old lemonade bottle, no?! 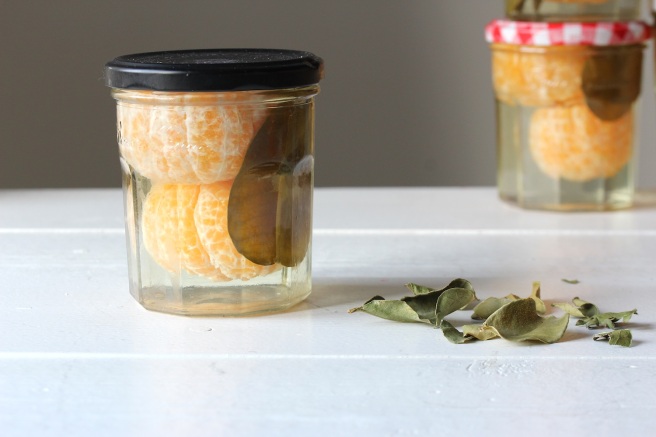 Then a slightly odd enterprise: whole clementines which have essentially been tinned in a sugar syrup (and some kaffir lime leaves) in these jam jars.

I’m not really sure why I made this, since I’m not a fan of tinned fruit and I can’t quite imagine when I will ever be eating these, but if such a day comes to pass, I will let you know… 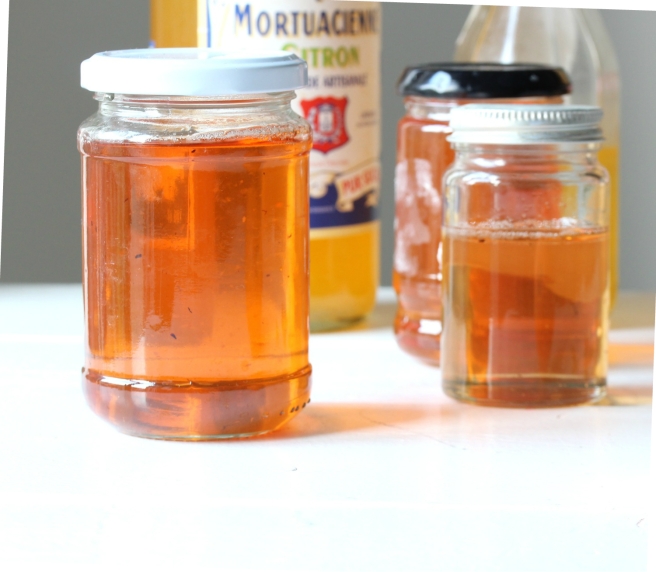 Finally, my favourites: a couple of fruit jellies. I made my trusty apple and sage jelly recipe, which I just adore and always get through incredibly quickly. It’s perfect with sausages if you fancy making up a few jars.

And then, using the same recipe, but without herbs, I made up some quince jelly too. I’ve tried this once before, and my top tip is that the quince pieces you discard in order to keep the flavoured juice are still perfectly usable. Last time round, I made them into a quince tarte tatin, which was delicious.

And so we’re left with enough orange-coloured preserves and cordials to see us through until next year, I suspect. And the fruit preservation society will continue next week as it is, of course, seville orange season which can mean but one thing: a flurry of marmalade making by bloggers up and down the country. I will, indeed, be joining in…

A few photos for my grid of the absolutely gorgeous aquamarine sea - pine trees combo from Mallorca last week.
The mantelpiece a few weeks back, basking in some Spring sunshine. This is just my very favourite time of year…
If you’ve followed me for a while, you may be remember me mentioning that I really hate driving. It makes me feel super anxious, especially with the kids in the car, and living in London definitely doesn’t help. I’ve been meaning to crack my fear for years now but never quite managed, but I’m determined to try and make some progress this year (it can be a huuuge pain always schlepping about with three kids on a bus).
Oh but I just love Spring. So happy to see these beauties back again this year (Narcissus ‘Bridal Crown’)…